Be the first to review

Show me directions to ACT 2 CAM

We are a family-run and community-spirited organisation; a small company with big dreams. We believe that young people from all backgrounds should have the opportunity to access high quality acting experiences.


ACT 2 CAM began as after school screen acting classes in 2008, originally under the name "DIY Drama" (Devised, Improvised, Youth Drama). Over a period of 2 years DIY Drama invited students from schools in the region to showcase their GCSE and A Level performing arts work to camera.

In January 2010 ACT 2 CAM began work with a small group of 20 young people aged 11 to 18 in Whitley Bay, to devise, perform and produce short films, which premiered at Tyneside Cinema. In May 2010 ACT 2 CAM took on more cast and crew, and began delivering screen acting classes to 8–18-year olds.

Our first summer camp followed in July 2010 and, in 2011, we set up centres in Durham, Harrogate, Hartlepool, Middlesbrough, Morpeth, Newcastle, York, Sunderland and Leeds.

Since we began, we have filmed over 50 short films and 5 feature films, and taught over 500 young people. 8 of our graduates currently act on TV, and have played featured acting roles in Wolfblood, Vera, Beowulf, George Gently, Ladies' Paradise and United.

High quality teaching is our most important asset.

We are a combination of fully qualified teachers and film industry professionals, with extensive film and television credits. We have 15 years experience running screen acting, screenwriting and film making courses for young people. We are Ofsted registered, DBS checked and public liability insured for parent peace of mind.

There are currently no reviews for this company

Leave your review of ACT 2 CAM

All fields are required. Your review will appear immediately.

Thank you for submitting your review.
There was a problem submitting your review. Please try again later.
Incorrect password. Please try again.
You cannot review your own business
Reviews are limited to one per user and you have reviewed this business before.
The email address you have entered is already registered. If you have forgotten your password use the 'Forgotten your password?' link to reset it. 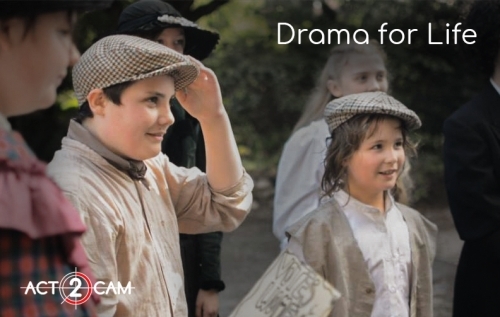 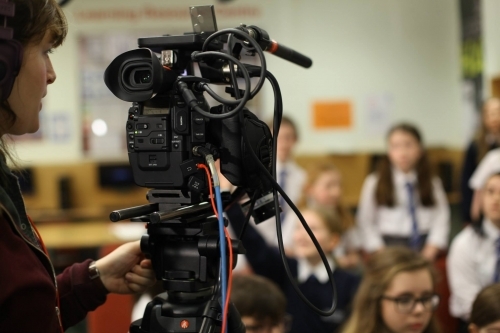 One week isn't enough to see all the amazing stuff we get up to! You need to experience a few sessions to see the many exciting ways we develop our drama, build our characters and tell our stories. And it really is great fun! But these are tough times for everyone, so if you are just looking for free activities, that's fine by us; just be warned, we know attendees will be hooked after a single session! We also want you to feel completely confident in our services, so we are very happy to offer you 4 sessions free of charge. And, as an Ofsted-registered provider, we will be open for as long as schools are open, offering Covid-safe activities to keep people connected. If the free month trial sounds good to you, fill out the the form below and we'll be back in touch as soon as we can, to arrange a time and day that suits you best I look forward to seeing you soon!

We offer these services

We offer these payment methods